All Collections
Apps
App Design
How do choice lists work?

How do choice lists work?

Written by Cory MacVie
Updated over a week ago

How do choice lists work?

Predefined choice lists allow you to define preset lists of options to reuse across multiple apps, for single- or multi-choice field types. These are some examples of selections where choice lists are useful: 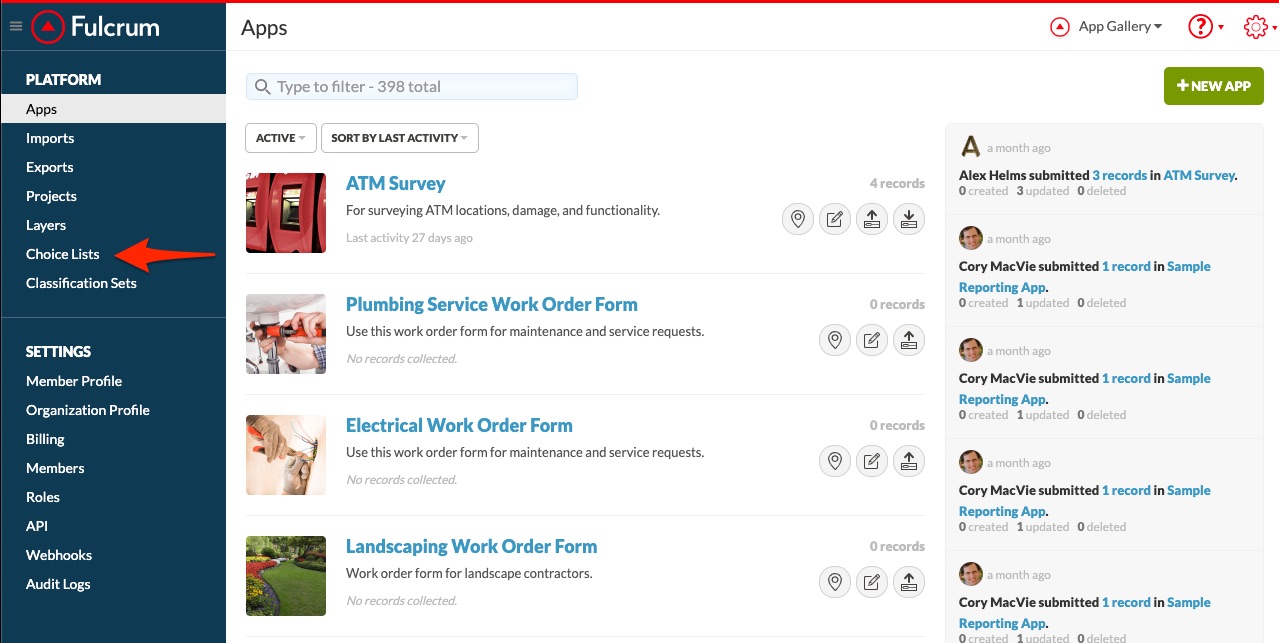 On the homepage, click Choice Lists in the navigation pane/sidebar on the left side of the screen:

You can also select a choice list previously created to make changes.

In the following example, we want to create a reusable list of options containing a list of facility features that were damaged during a storm or disaster (Foundation, Roof, Windows, Doors, Walls). Once I’ve created this list, we’ll see next how to include this choice field in an app. The Choice List essentially serves as a “template” for a choice field, so you don’t have to manually specify the options each time you build a new app.

On the left is the Label (what the user sees in the app) and on the right is the Value (the value stored in the resulting data and contained in the export).

Once a choice list is built, you’ll need to add a new choice field to your app which can reference it – both single- and multi-choice field types can use a Choice List. 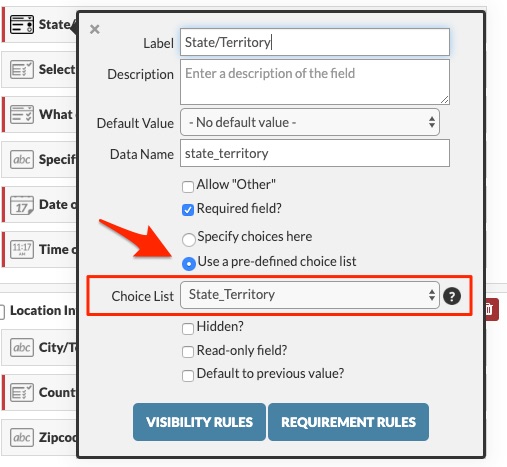 See here for how to import choice lists.