Records Saved as a Draft in the iOS App

Details on what it means when a record is saved in a draft state.

Records Saved as a Draft

The easiest way to locate records that are currently in a draft state is by using the iOS list view and look for records that have “draft” under the record title and the saved as draft upload status. 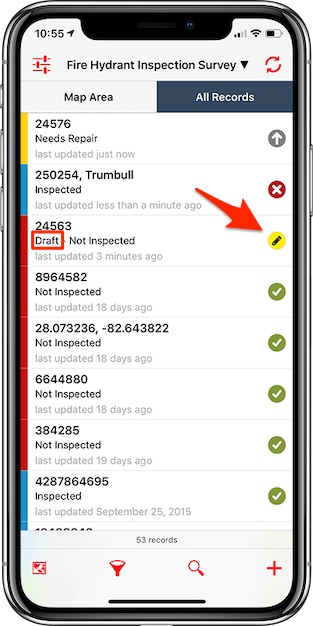