All Collections
Field Types And App Designer Settings
General
What is the difference between a repeatable section and a record link field?

What is the difference between a repeatable section and a record link field?

Understanding the differences between repeatable sections and record link fields.

While on the surface repeatable sections and record link fields appear similar, they act and appear different in the field. It can get a little confusing when trying to understand which to use during the form creation process. 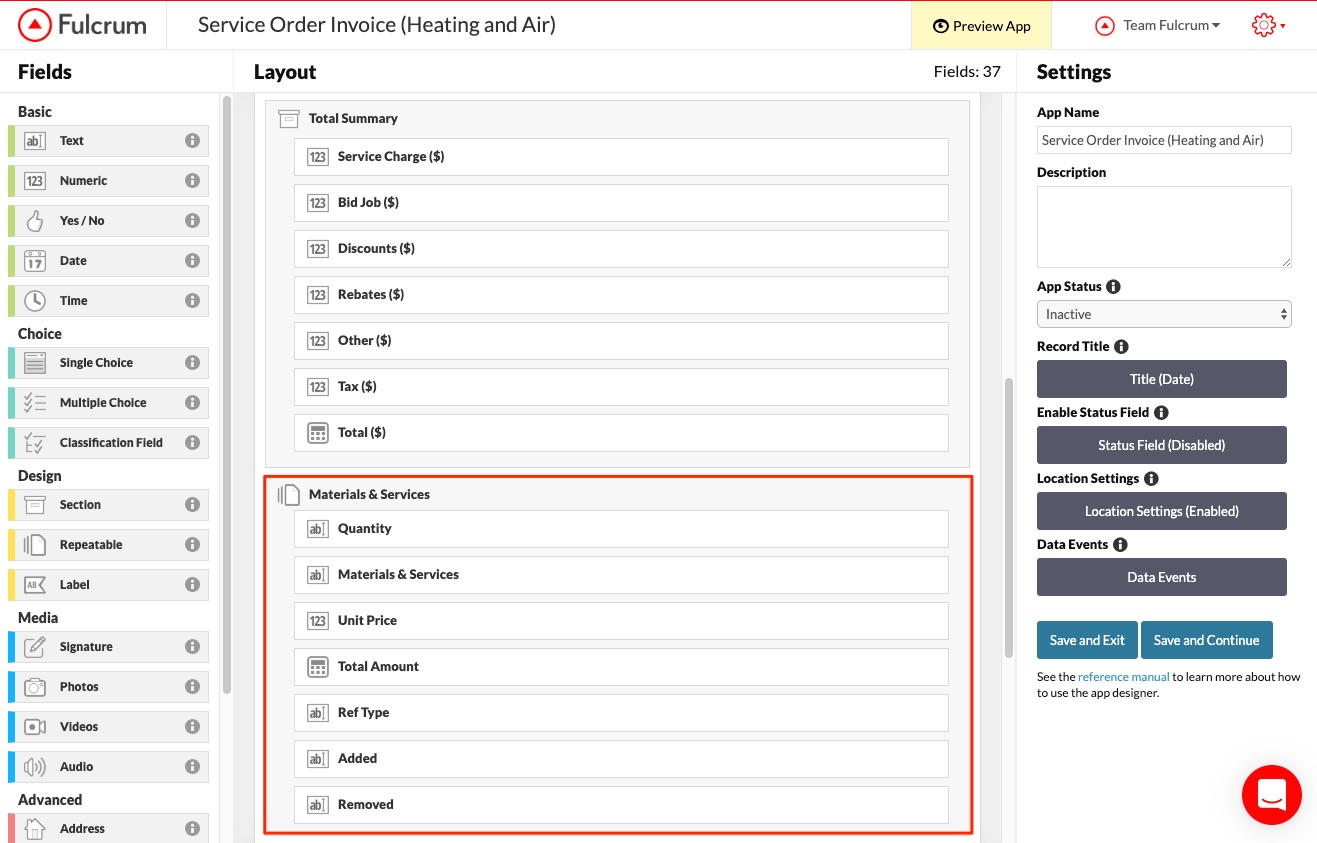 The materials & Services repeatable section allows the user to collect multiple cases of materials and services that the service provider conducted on the inspection. 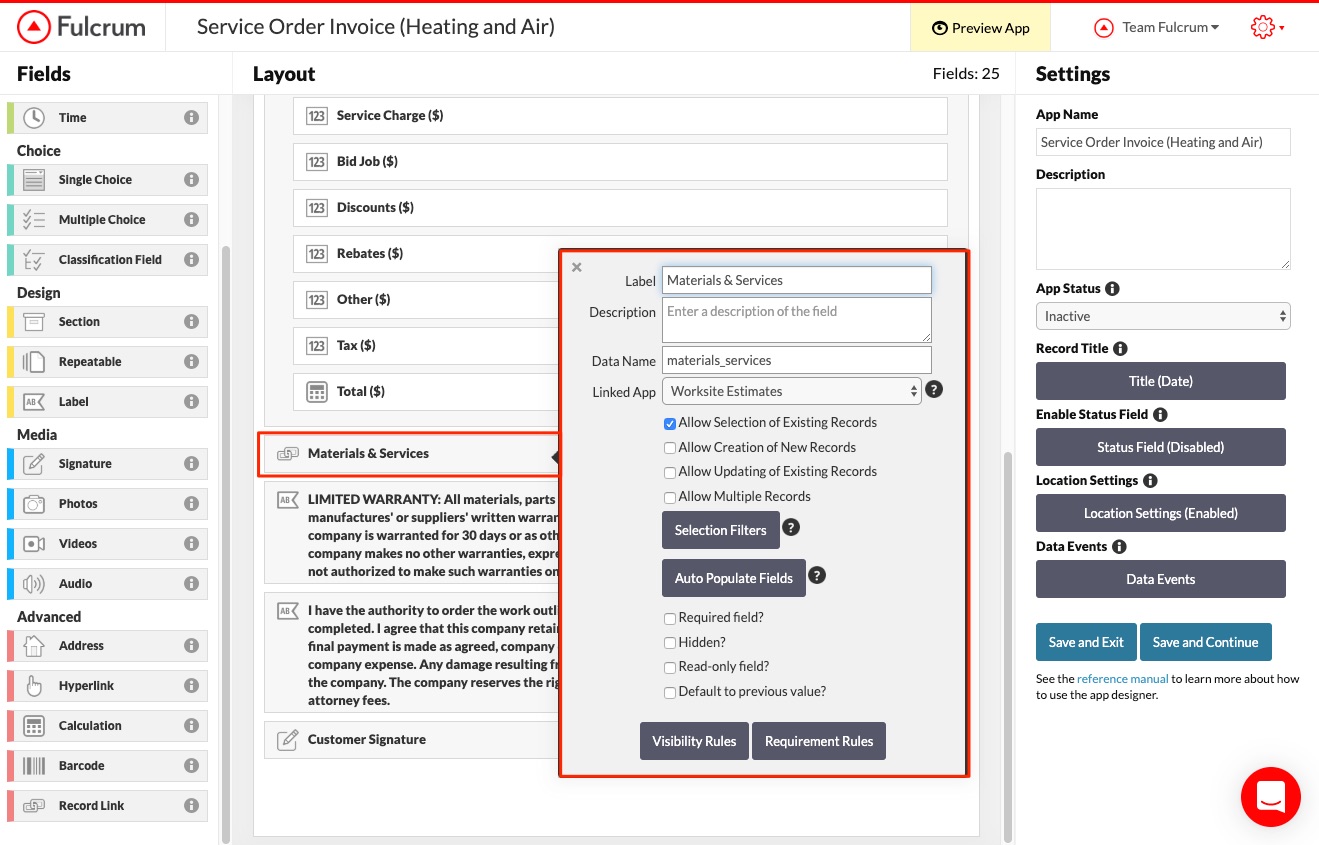 The materials section has a linked record field, where users can find the material and services that they used and auto populate the hidden fields with values.

Lastly, since the data captured in a record link field is stored as individual records in another app, the records in the linked app can be used to auto-populate data from the linked record into the main record. Giving you the ability to use record linking as for lookup table functionality.

When exporting repeatable sections, the exported ZIP folder will contain separate data files for the main record data and the child record data.

Alternatively, when exporting records with record link fields, the linked app’s data is not automatically included in the exported ZIP folder. You must run an additional export for the linked app fields. (You could also use the auto population functionality to pull in specific field values from the record linked app.)

Linking Data Together Outside Of Fulcrum

The child data file from a repeatable section will contain two columns that link the child record to its parent record. The first column is called fulcrum_parent_id. This column contains the fulcrum_id (record ID) of the immediate parent for the child record. The second column is called fulcrum_record_id. This column will be filled with the fulcrum_id (record ID) of the root level record. So in the event that you have nested repeatable section, you will be able to link the child record to both the root level record and its immediate parent record.