All Collections
Field Types And App Designer Settings
Metadata Fields
What is the duration data in the record metadata section?

What is the duration data in the record metadata section?

How the duration data is captured and what it means.

In the record metadata is a duration field that has three times displayed. These times can give you an indicator of how much time has been spent creating and editing that particular record. The timer runs when the record is opened in an editor (in edit mode on the web app) within Fulcrum. 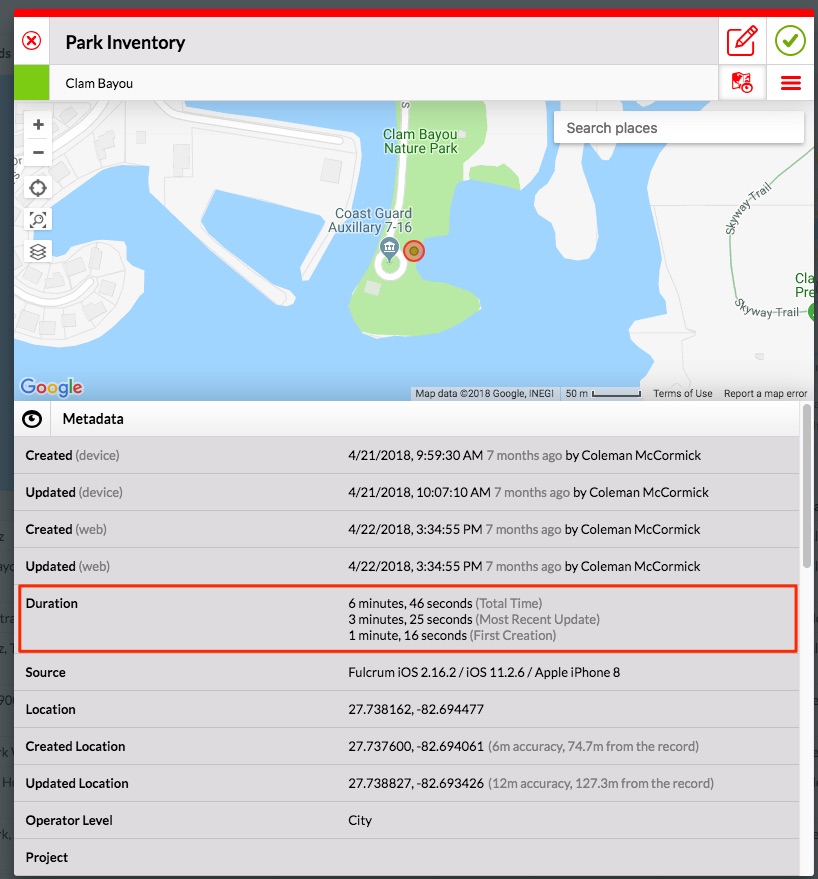 This is the time spent creating the record. The timer starts as soon as the create record button is pressed and stopped when the record is saved. When downloading the data, this column has a header of _created_duration.

This is the time spend editing the record in the latest update. The timer starts as soon as the user opens the record in the editor (in edit mode on the web app) and then stops when they save the record. When downloading the data, this column has a header of _updated_duration.